A behavioral therapy program to support parents of children with Tourette Syndrome. 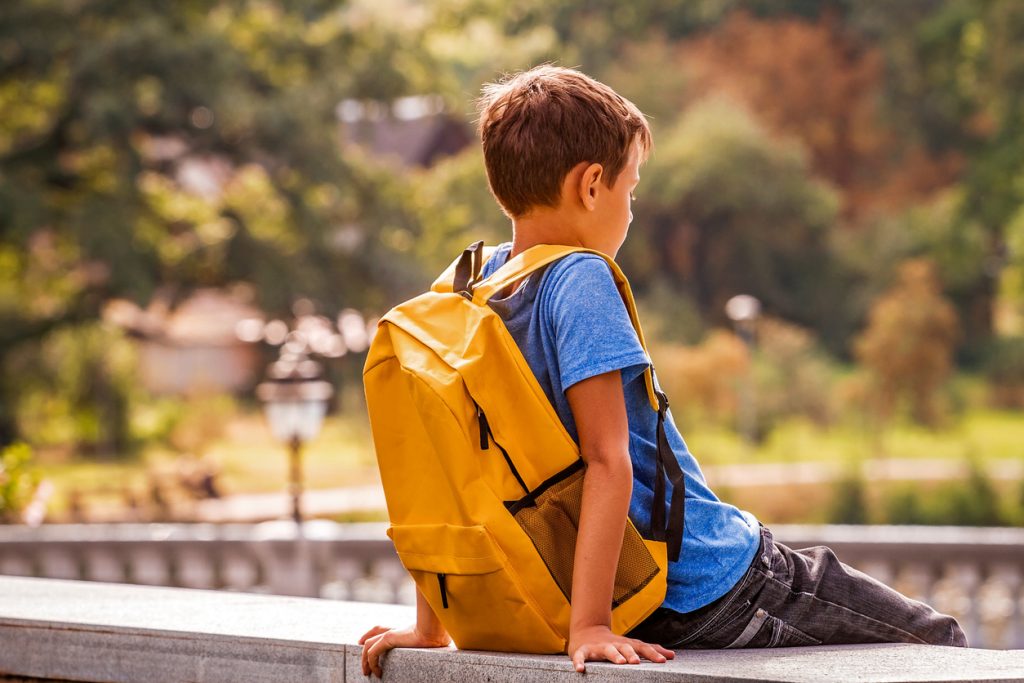 Tics—involuntary, repetitive movements and vocalizations—are the primary symptoms of a group of childhood-onset neurological conditions known collectively as Tic Disorders, one of which is Tourette syndrome. The presence of tics, especially in children, can lead to long-term psychosocial issues, bullying, physical discomfort, disruptions in the classroom and a poor quality of life.

Unfortunately, there is no cure for tics, but behavioral therapy has been shown to be a safe, effective front-line treatment to reduce their severity. However, there is a nationwide shortage of trained behavioral therapists, which leads many families to travel long distances to meet with a trained therapist—often at great expense. Even when a behavioral therapist is accessible, there are often long wait lists to get an appointment.

In order to address these issues, researchers at Johns Hopkins Medicine have developed Frontline Home-Based Behavioral Therapy for Tics, an instructional habit reversal training (HRT)-based video program and parent’s guide that a parent can utilize at home to help reduce the severity of tics in their child, between the ages of 7 to 17, who has been diagnosed with Tourette syndrome.

The results of a 10-week clinical trial evaluating the efficacy of this parent-administered therapy showed it to be an effective behavioral intervention. Results showed a 32.4% reduction on the Yale Global Tic Severity Scale and a 33.7% improvement on the Global Severity Score.

Tourette syndrome was first described in 1885 by the French physician Georges Gilles de la Tourette. It is a neurological condition that occurs worldwide with common features in all cultures and races.  The most recognizable symptom of Tourette syndrome are the tics; the quick, rapid, sudden, recurrent, non-rhythmic motor movements or vocalizations that are exacerbated by stress, anxiety and fatigue. An individual’s tic repertoire typically evolves over time.  Motor and vocal tics can be highly variable and fluctuate, ranging from mild and unobtrusive to very frequent, complex, forceful, intrusive and self-injurious.  Statistically, the maximum severity of tics tends to occur between 8 and 12 years of age, with tics generally declining in severity throughout the teenaged to early adulthood years.  An approximate rule of thirds suggests that one-third of tics disappear, one-third improve, and one-third continue to fluctuate.

Tics are more common in boys than girls.  Prevalence estimates (number of cases in the population at a given time) have been variable, ranging from 0.3% to 1%.    Tourette syndrome is currently classified as a polygenic inherited disorder, suggesting that a combination of a variety of genes (some common, some with a low effect or rare, and others having a larger effect) and environmental factors are all involved in its transmission.  Neurobiologically, tics are believed to be associated with alterations in movement-related brain pathways.

The establishment of an effective therapeutic plan requires the careful initial assessment of tics, determining the presence of co-occurring issues, and clarifying the resulting impairment of each issue. It is essential to clarify whether tics or associated problems, such as ADHD, OCD, anxiety, school problems, or behavioral disorders, represent the greatest impairment.  Unfortunately, there is no cure for tics and behavioral/pharmacological therapy is often reserved for functionally disabling tics.

Behavioral interventions:  The two most used behavioral interventions for tics are habit reversal training (HRT) and comprehensive behavioral intervention for tics (CBIT). Both approaches include awareness training (recognizing the urge or tic occurrence), competing response training (performing a socially discrete behavior that is physically incompatible with the tic), and social support (a provider to deliver developmentally appropriate praise for correct implementation). Each of these methodologies have been shown, in randomized, blinded, controlled trials, to minimize tic expression. Based on their documented efficacy, expert opinion guidelines have recommended that behavioral interventions be the initial therapeutic treatment for tics.

About the Research Study: To Dr. Singer and his research colleagues’ knowledge, the clinical study of the video program and parent’s guide is the first Tourette syndrome study comparing a home-based parent-administered behavioral therapy to in-person, therapist-directed care program. Its results recognize the potential beneficial effect of home-based therapy, its ready availability, the reduced need for therapist involvement, and inexpensive cost. That said, Dr. Singer suggests a stepwise approach to the treatment of tics, the first step being home-based habit reversal training especially when there is no acute psychosocial or physical requirement to reduce tics and/or there is a waitlist for an appointment with an appropriately trained behavioral therapist.

Support for this research included grants from the Tourette Association of America, The Johns Hopkins Hospital Pediatric Telethon Fund, and private philanthropic contributions

Harvey S. Singer MD is currently professor emeritus at the Johns Hopkins University School of Medicine and director of the Tourette Center at the Kennedy Krieger Institute. The Kennedy Krieger/Johns Hopkins Medicine Tourette Center is a Tourette Association of America Center of Excellence and has provided specialized care for children and adults affected with Tourette syndrome for more than 30 years. Dr Singer grew up in the Bronx and Long Island, went to college and medical school in Ohio (Oberlin College and Western Reserve University), did his pediatric training in Chicago and Cleveland and his pediatric neurology residency at the Johns Hopkins Hospital, after which he remained on the active faculty for 45 years. He was director of Pediatric Neurology from 1991 – 2011 and recipient of the CNS Blue Bird Training Director and Hower Awards. His clinical research interests include movement disorders, especially Tourette syndrome, stereotypic movements, and proposed autoimmune disorders.His translational research-oriented laboratory focuses the neurobiology of stereotypic movements and tics. He has been the recipient of federal and private grants, authored numerous original articles, chapters and three books.

WHY CHOOSE A JOHNS HOPKINS SOLUTION?

For 130 years, Johns Hopkins Hospital has led the way in both biomedical discovery and health care, establishing the standard by which others follow and build upon. This is one of many faculty-developed programs, protocols and services provided by Johns Hopkins HealthCare Solutions to improve health outcomes and reduce the cost of care.

Contact us to learn more about this solution and how it can benefit your organization.